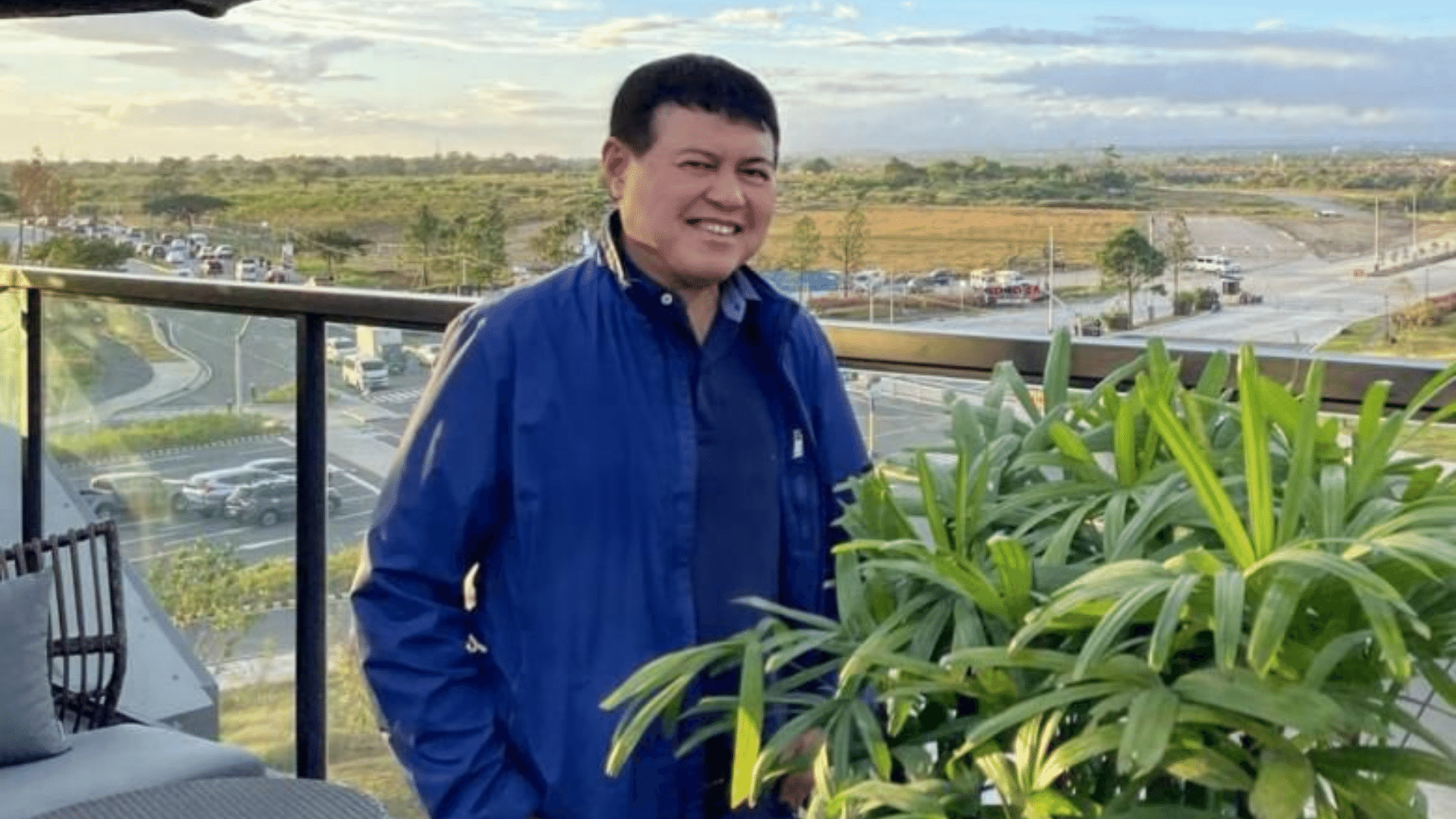 Who is Manny Villar?

You probably knew Manny Villar with his famous campaign jingle ‘Naging Mahirap’ last 2010 presidential elections, but did you know that he is now the richest Filipino?

Manuel Bamba Villar Jr. or commonly known as Manny Villar was recently reported in Forbes as the richest person in the Philippines. With Manny Villar’s net worth of $8.8B, the tycoon in the real estate industry and a former lawmaker ranked as the 263rd billionaire in the world.

Manny Villar’s business mainly is in the real estate industry. He is the chair of the property developer, Vista Land & Lifescapes. He is also a stakeholder in Golden Bria Holdings, a developer when it comes to mass housing and condominium. Apart from that, he also chairs Vistamalls, AllHome, and AllDay Marts.

Vista Land and Lifescapes is the largest homebuilder in the country and one of the top integrated property developers in the Philippines. With its over 400,000 homes built in 49 provinces, 147 cities, and municipalities, Vista Land is by far the market leader in the industry. From the high-end market to the middle-income segment; Vista Land operates through various housing projects such as Brittany, Crown Asia, Camella Homes, Communities Philippines, and Vista Residences.

Manny Villar used to be involved in politics and was once a congressman, speaker of the house of representatives, senator, and senate president. He also ran for the presidential position last 2010.

His family is also involved in politics. In fact, his wife Cynthia Villar is currently one of the senators of the Philippines. She’s a graduate of Bachelor of Science in Business Administration from the University of the Philippines and completed her master’s degree at New York University. Some of the legislation she authored were Free Irrigation Service Act (FISA) or R.A. 10969 and the Rice Tariffication Law or R.A. 11203 and Coconut Farmers and Industry Trust Fund Act or Republic Act (RA) No. 11524.

Manny and Cynthia Villar’s children are also successful and well-educated on their own. Manuel Paolo Villar is the president of Vista Land and Lifescapes; Mark Aguilar Villar is a Filipino politician and former secretary of the Department of Public Works and Highways, and Camille Villar is a Filipina TV Host; she completed her Master’s in business administration at IESE Business school.

Manuel Paolo Villar is a graduate of the Wharton School of the University of Pennsylvania. He has worked as a Head-Corporate Planning at Crown Asia Properties, Inc. and as a Research Analyst at Clemente Capital, Inc. in the past. Amidst the Covid-19 Pandemic, Vista Land & Lifescapes still managed to record a 9% increase in income last 2021. In an interview he had with BusinessWorld, CEO Manuel Paolo Villar mentioned that digital initiatives like the online reservation system, virtual property tours, and social media engagements have yielded them in achieving this positive result.

Mark Aguilar Villar is a graduate of Bachelor of Science in Political Science, Philosophy, and Economics at the University of Pennsylvania. He also finished his Master’s Degree in Business Administration at the University of Chicago Booth School of Business. He used to serve as the General Manager for Crown of Asia Corporation for 8 years. He was also a former Congressman in the Lone District of Las Pinas City from the 15th to 17th Congress. Last 2016, he run for the third term in Congress and was later appointed as Secretary in the Department of Public Works and Highways. In his 5-year post, he led the Build Build Build Program of the Duterte’s Administration which resulted in a total of 5,950 completed bridges, 1,859 under construction. There are also 11,340 flood control projects, 4,155 additional projects, 150,149 classrooms completed, and 222 completed evacuation centers. Besides that, 133 projects are aimed to help enhance the police and military by providing an environment of peace and security. There is also 2,436 km of tourism roads, 704 km of roads for industries and trade corridors, 443 km of access roads, and for the agriculture sector, there are 2,025 km farm to market and 95 km of farm to mill roads.

In one of the inquirer’s articles, Villar explained that these numbers represent the significant impact of infrastructure on the Philippine economy, local industries, and the lives of Filipinos across the country. Infrastructures will enable connectivity, which facilitates increased trade and investment; improves supply chains; increases private capital productivity; and, ultimately, will help build up the competitive standing of the Philippines when it comes to investment destination. Additionally, more jobs will be created directly and indirectly as businesses flourish and the Philippine economy will become more robust.

After his years of service in the Department of Public Works and Highways, he is now currently running for a senatorial position this 2022 and belongs to the senatorial slate of Partido Demokratiko Pilipino-Lakas ng Bayan (PDP-Laban) faction headed by Energy Secretary Alfonso Cusi.

Camille Villar managed to create her own story and build a career that spans both the public and private sectors. She is a graduate of Bachelor of Science in Management from Ateneo de Manila University and finished her Master’s Degree in Business Administration from Institution de Estudios Superiores de la Eprese (IESE) Business School in Barcelona. Camille managed AllValue retail business operations and contributed rapid growth in its growth and expansion. She is the Director of Vista Land & Lifescapes, Inc., Starmalls, Inc., and Golden Bria Holdings, Inc., and was the former President of AllHome back in May 2019 and Brittany Corporation back 2010 to 2013. She also was the Head of Corporate Communications in Vista land from 2008 to 2010. She successfully led AllHome Corporation and was successfully listed on Philippine Stock Exchange. AllHome has become the Philippines' fastest-growing full-line home center under her leadership. It's a new business with a big expansion plan. By the end of 2020, it will have expanded to 70 locations across the Philippines. In 2019, she ran for and won the seat of Representative of Las Pinas City's lone district. And, at a young age, she was exposed to the political world by accompanying her mother and father to political events.

If you are thinking of moving into a new condominium, check out Vista Residences! 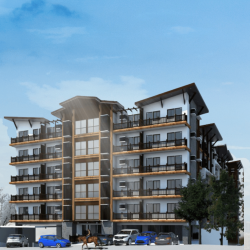 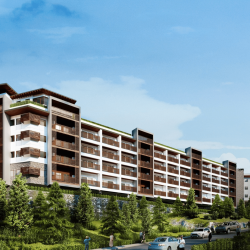 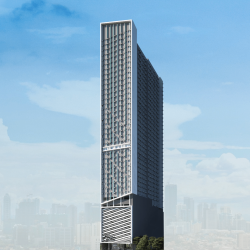 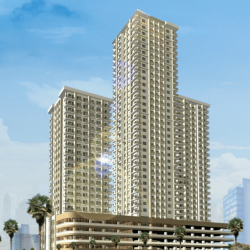 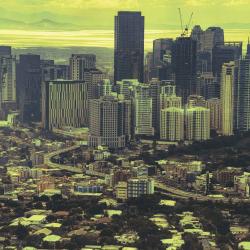 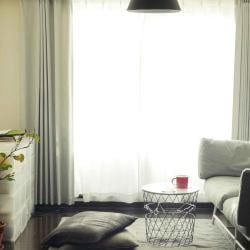 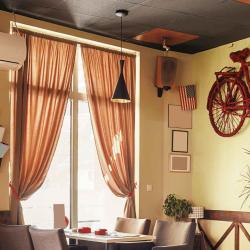 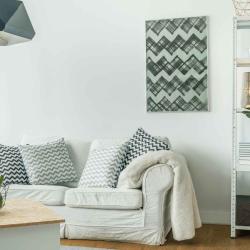 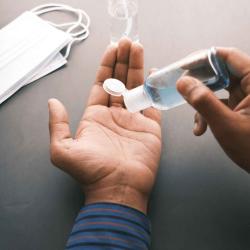 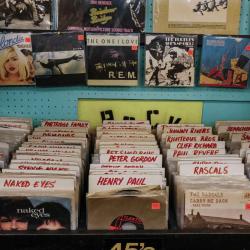