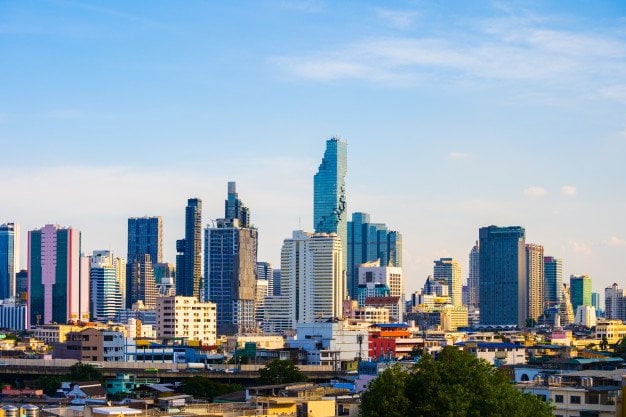 When buying a property, we are always reminded about “location, location, and location”, which still holds true today. While it’s seemingly redundant, it simply makes investors understand the value of location in the home buying decision.

A lot of home buyers, especially the younger ones, are drawn to big cities and metropolitan areas mainly because of convenience and accessibility. A lot of properties in the metro have direct access to essential amenities and facilities, such as schools, workplaces, hospitals, churches, and transportation hubs. However, living in the city entails a higher cost of living.

This opportunity has led property developers to create housing communities outside of Manila that would let you find properties that are not that expensive. This smart move is also seen to help decongest major cities as more and more people will consider moving to provincial cities and towns later on.

If you are looking for top real estate locations to live and invest in the Philippines, here are some places to consider.

Bulacan lies in the southern portion of Central Luzon. It is located just north of Metro Manila and in close proximity to Pampanga and Nueva Ecija.

Bulacan is one of the ideal places for your real estate investment due to its rising economy and accessibility to Manila. You can just easily head back to Manila whenever you need to. One of the best places in Bulacan where most developers are present is San Jose del Monte city, which typically offers a suburban lifestyle.

In terms of transportation, the province of Bulacan has direct access to the North Luzon Expressway (NLEX). So, if you’re a commuter, the opening of the MRT-Line 7 will be beneficial for you as it is said to take you from Bulacan to Manila in just around 30 minutes. Meanwhile, if you’re a frequent flyer, the New Manila International Airport is an exciting development to watch out for.

Pampanga is known for quick and perfect getaways for urbanites who want to escape for the long weekend.

Pampanga is just a couple of hours away from Manila. It does not only give you easy access to the Clark International Airport, North Luzon Expressway (NLEX), and Subic-Clark-Tarlac Expressway (SCTEX), but it will also let you enjoy the benefits of infrastructure projects like the North-South Commuter Railway (NSCR), which is underway.

Angeles, San Fernando, and Porac are the cities in Pampanga where most condo and housing developments are.

For many real estate investors and homebuyers, Laguna will always be a top choice. As we may know, a huge portion of the South Luzon Expressway (SLEX) is covered by Laguna and it has a sophisticated mix of urban and rural lifestyle. It also serves as a gateway to travel destinations such as Tagaytay and Batangas.

When it comes to business, Laguna houses a number of manufacturing plants and businesses. If you have kids and you want to give them the best education possible, there are reputable schools in Laguna such as the University of the Philippines - Los Baños, Malayan Colleges, University of Perpetual-Help Laguna, Miriam College, De La Salle University, Colegio San Agustin, and Brent International School.

The province is known to be the home to leading business process outsourcing (BPO) companies and top universities and colleges.

Top Places to Live in Visayas

Cebu City is similar to Makati or Taguig. It has a busy environment, with towering skyscrapers, fine dining restaurants, and massive business parks. One thing that makes Cebu City attractive is its proximity to holiday destinations like Bohol.

Iloilo City is one of the best places to live in the Philippines for those who want to experience a unique combination of historical hints and sensibilities with urban living.

Iloilo City is also known to be a premier center of trade, commerce, finance, health, and tourism with Iloilo International Airport as a major gateway to important Asian cities locally and abroad.

Additionally, it has some of the most reputable colleges and universities, such as the UP Iloilo City Campus, University of Iloilo, University of San Agustin, Saint Paul University, and Western Institute of Technology.

You can access Bacolod via land, sea, and air. It has busy seaports, which is an indicator of active trade and a rising economy. It serves as a gateway to other major cities, such as Manila, Cebu, and Davao.

A lot of investors fall in love with Bacolod because of its unique culture which is similar to Iloilo because most of its architectures have Spanish influences.

Bacolod thrives in agriculture and it also houses companies that are in IT and business process outsourcing.

Meanwhile, if you want your kids to enjoy high-quality education, Bacolod has a roster of premium universities and colleges, such as Colegio San Agustin, La Consolacion College, University of Saint La Salle, and Bacolod City College.

Best Places to Live in Mindanao

Cagayan de Oro has been considered as one of the next-wave cities in the country, which makes it more attractive to local and foreign investors.

CDO is not just for the thrill-seekers but also for real estate investors, especially now that the city is investing heavily in infrastructure.

Other than tourism and agriculture, Cagayan de Oro’s BPO industry is also expanding and when it comes to education, Cagayan de Oro has a number of prestigious institutions, which include Xavier University-Ateneo de Cagayan, Capitol University, and University of Science and Technology of Southern Philippines, among others.

Davao can be reached via air and sea. It also has an extensive bus network that can take you back to Manila and other key cities from Mindanao.

When it comes to economic performance, Davao is quite similar to Manila as it is home to diverse industries. While agriculture remains the city’s largest economic sector, it also plays host to leading companies in the country.

Tourism also plays a big role in the success of the city. When it comes to education, Davao City boasts its top universities, which include the Ateneo de Davao University, University of Mindanao, and University of Southeastern Philippines.

Real estate remains to be the most stable, secure, and lucrative investment. However, investing in a condominium or house and lot requires a huge amount of money so you must take everything into consideration and do some research on the property you are eyeing to purchase or invest in.

If you want to know more about real estate investing or if you are keen on purchasing a condominium as your first investment, you may check out Vista Residences.

For first-time investors or those looking for an entry-level investment, condos are a great way to start. Investing in a condo can yield high returns if done right. You just have to choose the right location, know the market conditions, and choose a trusted developer.

Vista Residences is the condominium arm of the country’s largest homebuilder, Vista Land & Lifescapes, Inc., which offers ready for occupancy and pre selling condominium projects in Manila and Quezon City that are strategically located within inner-city areas, in close proximity to premium universities and developed business districts. With its sets of condo in Manila, you can ensure a quality condo living in a location within reach of convenience.

Vista Residences is part of Vista Land’s roster of vertical housing brands that cater to millennials and young professionals. The other vertical brands include Camella Manors, COHO, and Crown Asia. 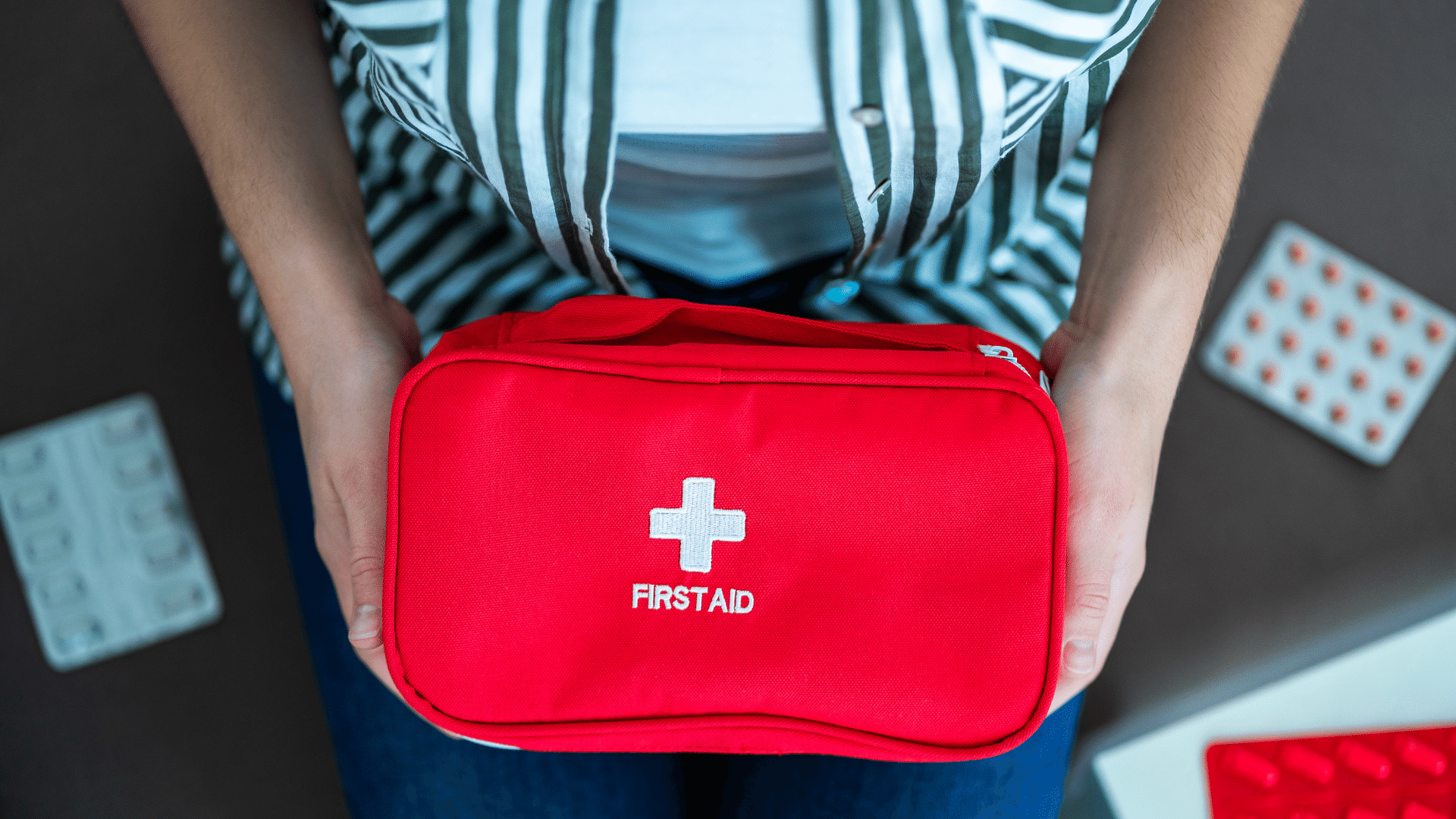 Emergency Kit Essentials in your Condo 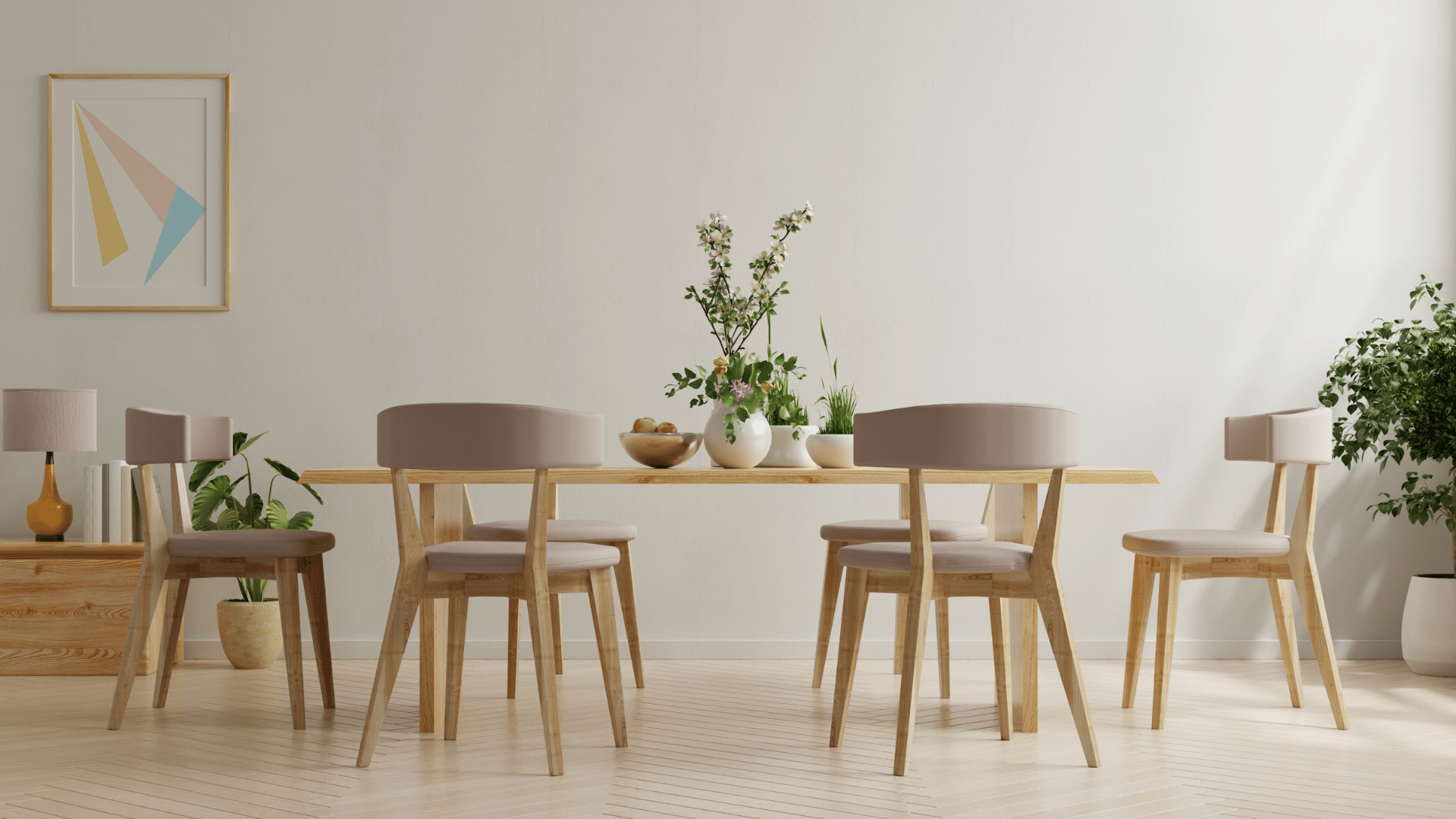 All You Need To Know About Scandinavian Condo Design 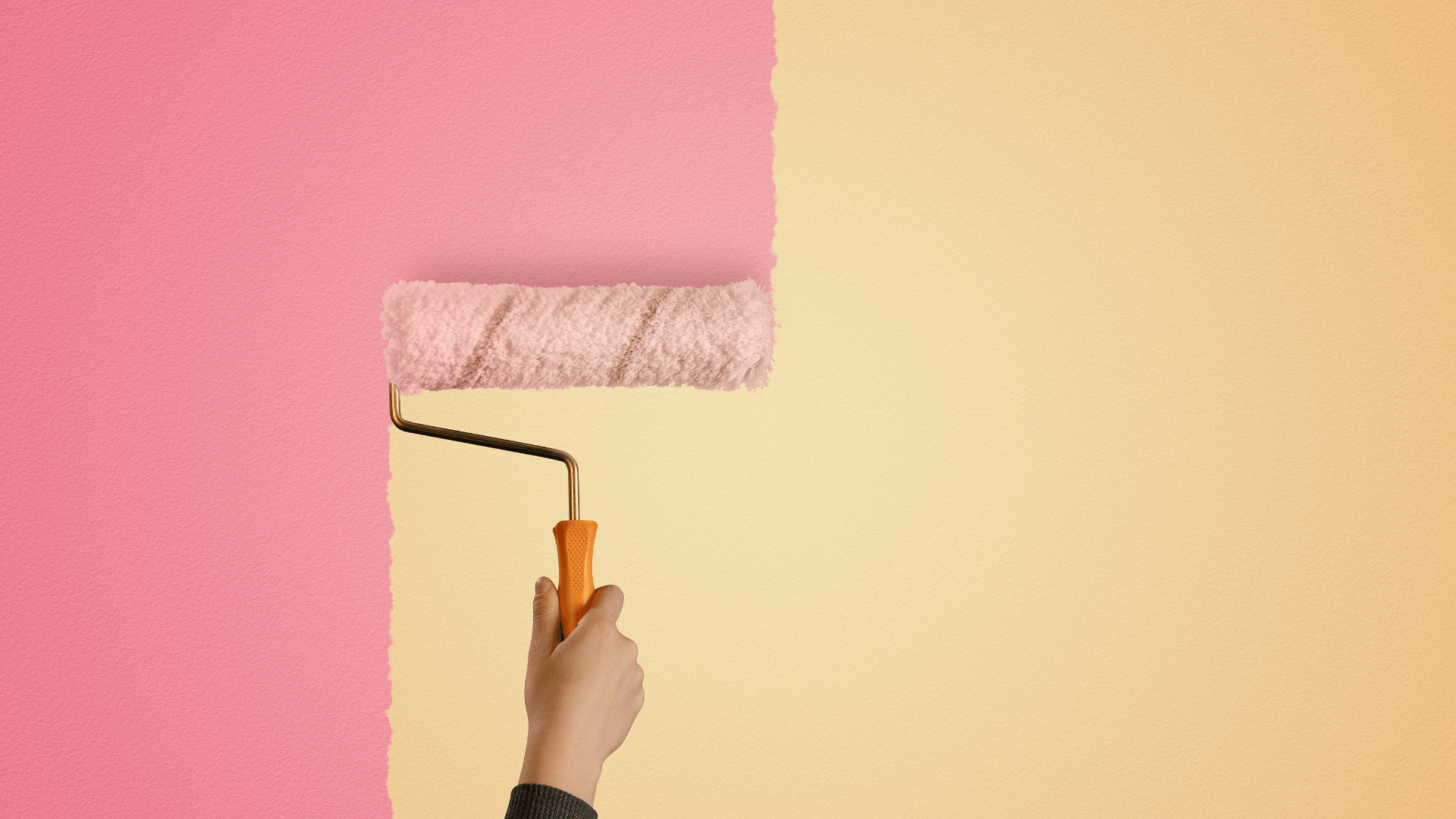 8 DIY Craft Projects to Brighten Up Your Condo 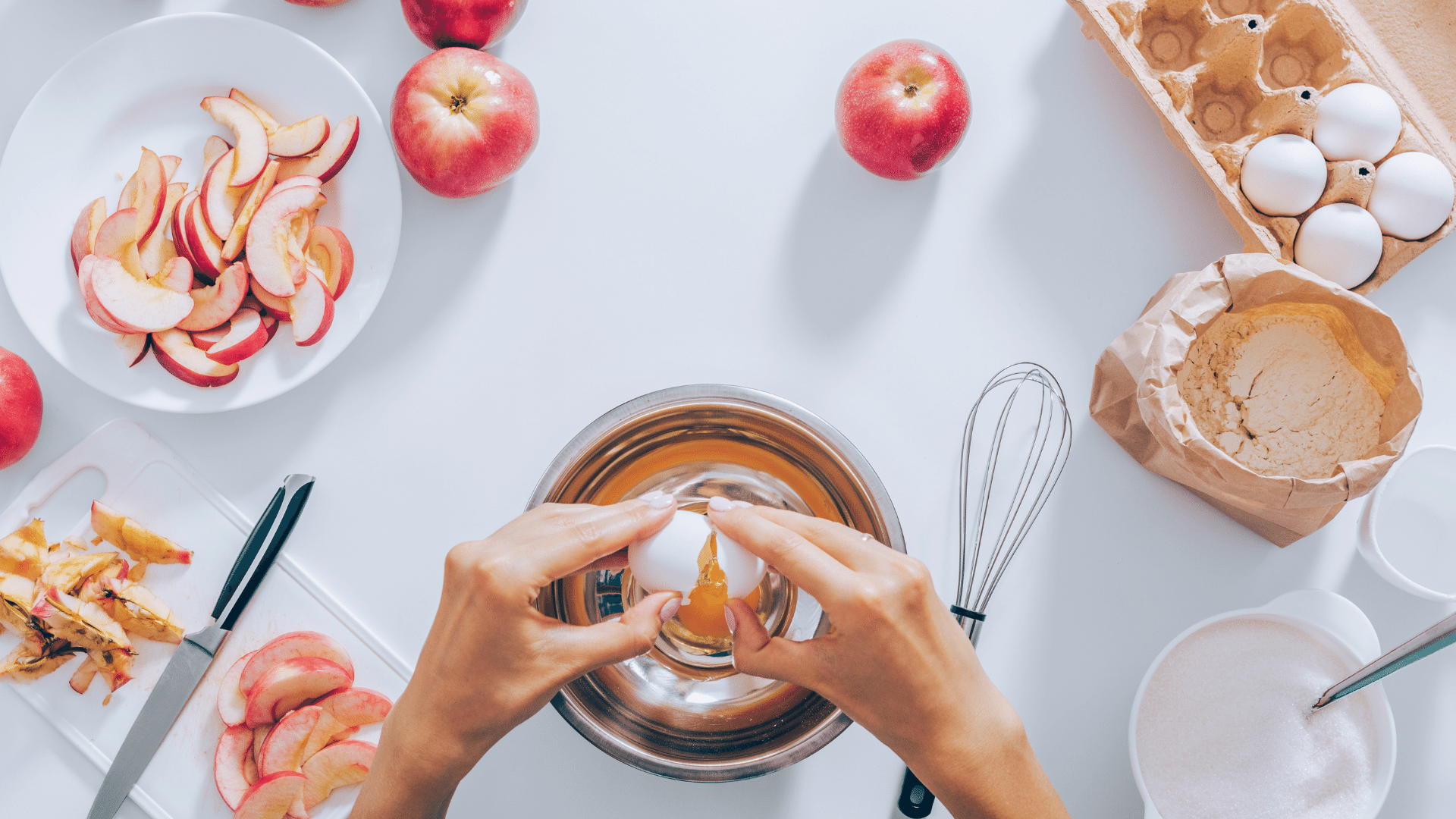 Easy and Healthy Food to Cook Inside your Condo