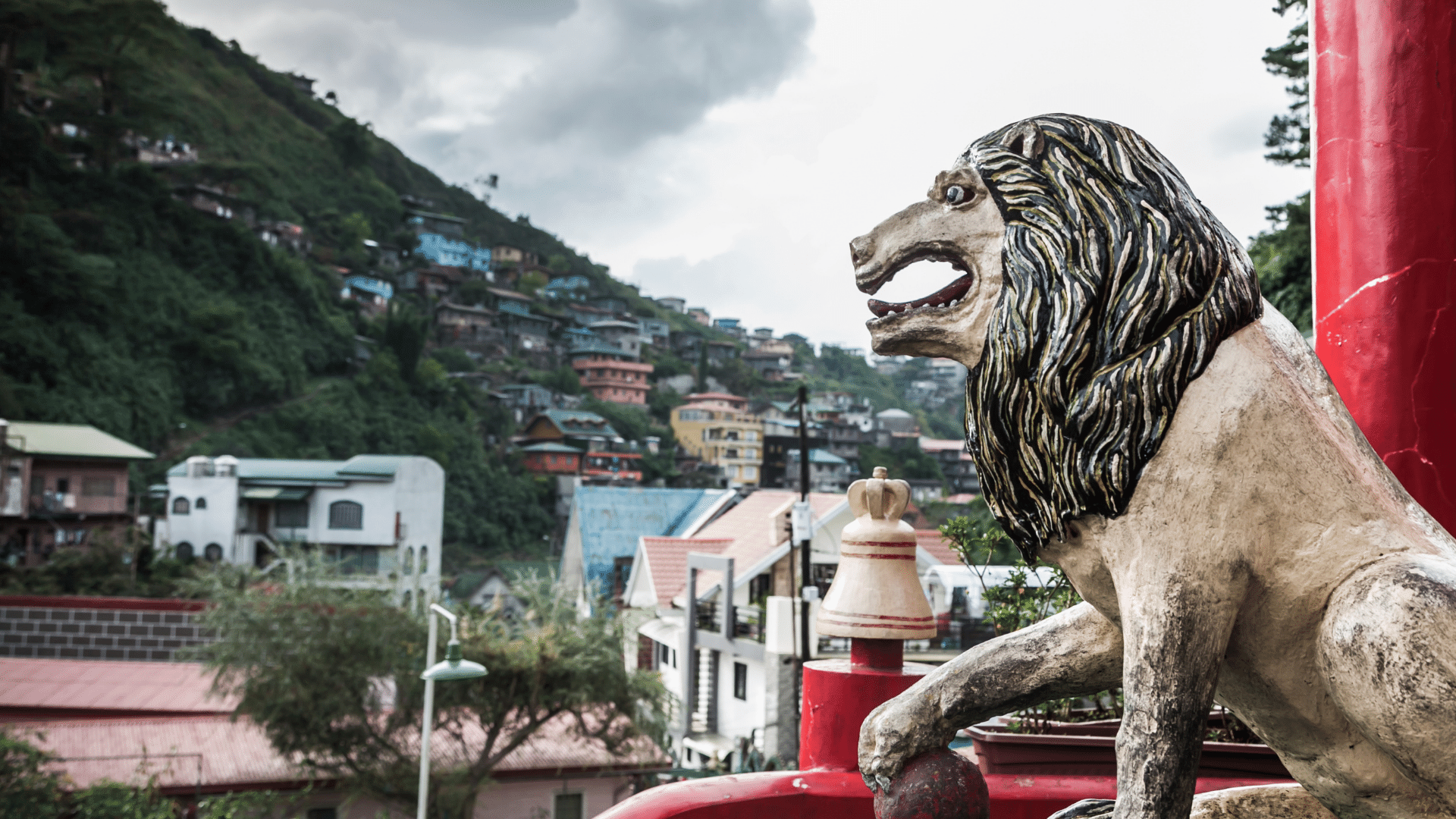 Baguio City is not only known for its famous tourists spots but also for the preservation of culture and the art of its people. They are appreciated because of how they value the given culture of their ancestors and how they showcase it to the world. Some of which are the tourist spot which they are very proud of.

The Baguio tourist spots are well preserved and appreciated by the public, country and also the world. Some of them are The Mines View Park, Burnham Park, The Mansion, Bencab Museum, Baguio Cathedral, Tam-Awan Village, Botanical Garden, Wright Park, Camp John Hay, and many more. Here are the top baguio tourist spots in the summer capital city in the Philippines. 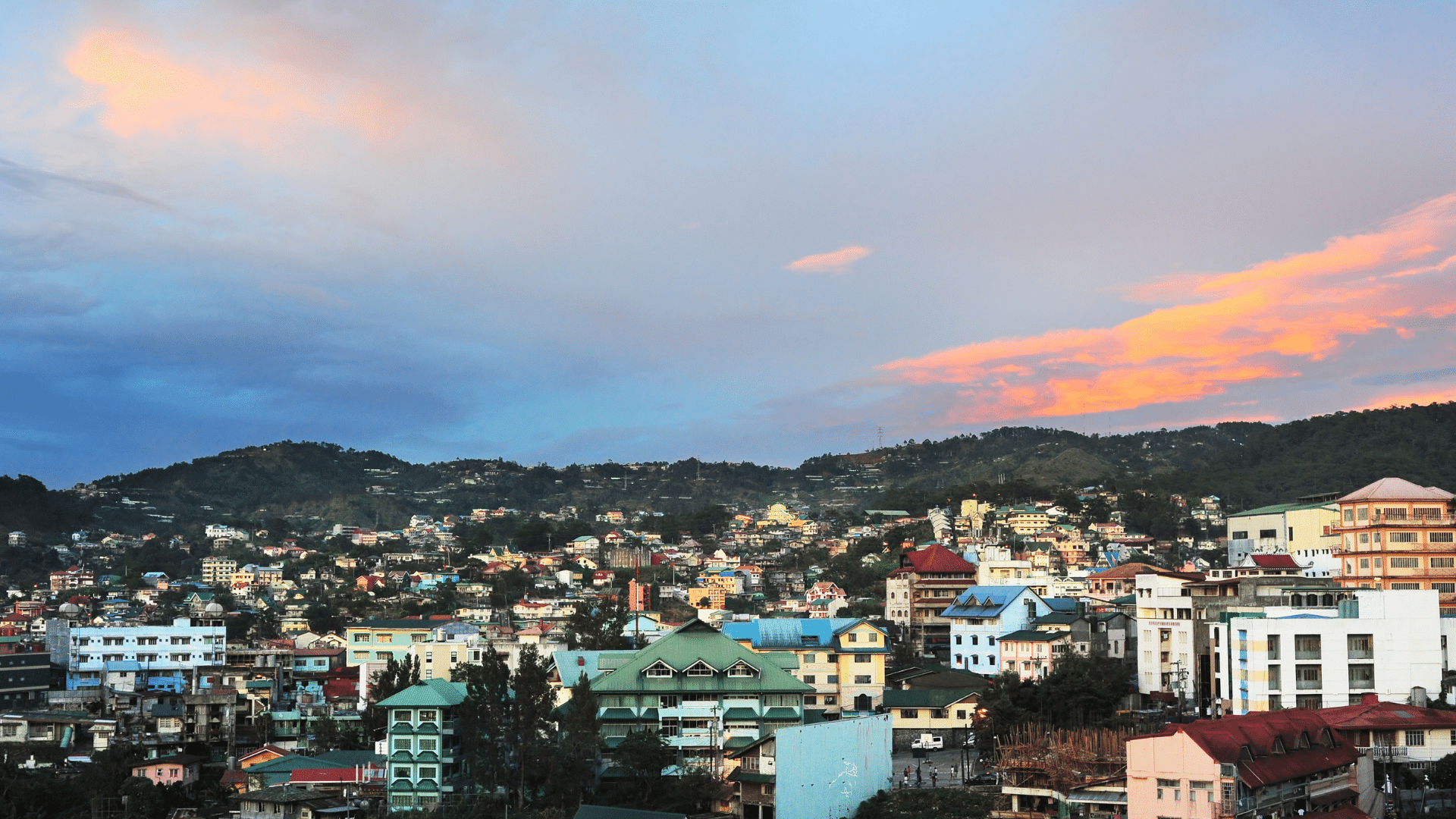 It was a former mining town in the early 20th century. It is located on the Northeast side of Baguio City. Its viewing deck offers a stunning view of the Cordillera Mountains and Benguet's old copper and gold mines. It is famous for its beautiful sunrise and sunset. A worth the wait and must-see view when you visit the park and have great photos to keep. Just a short walk to Good shepherd convent, one of the famous pasalubong place when people visit baguio city to buy the famous ube jam. 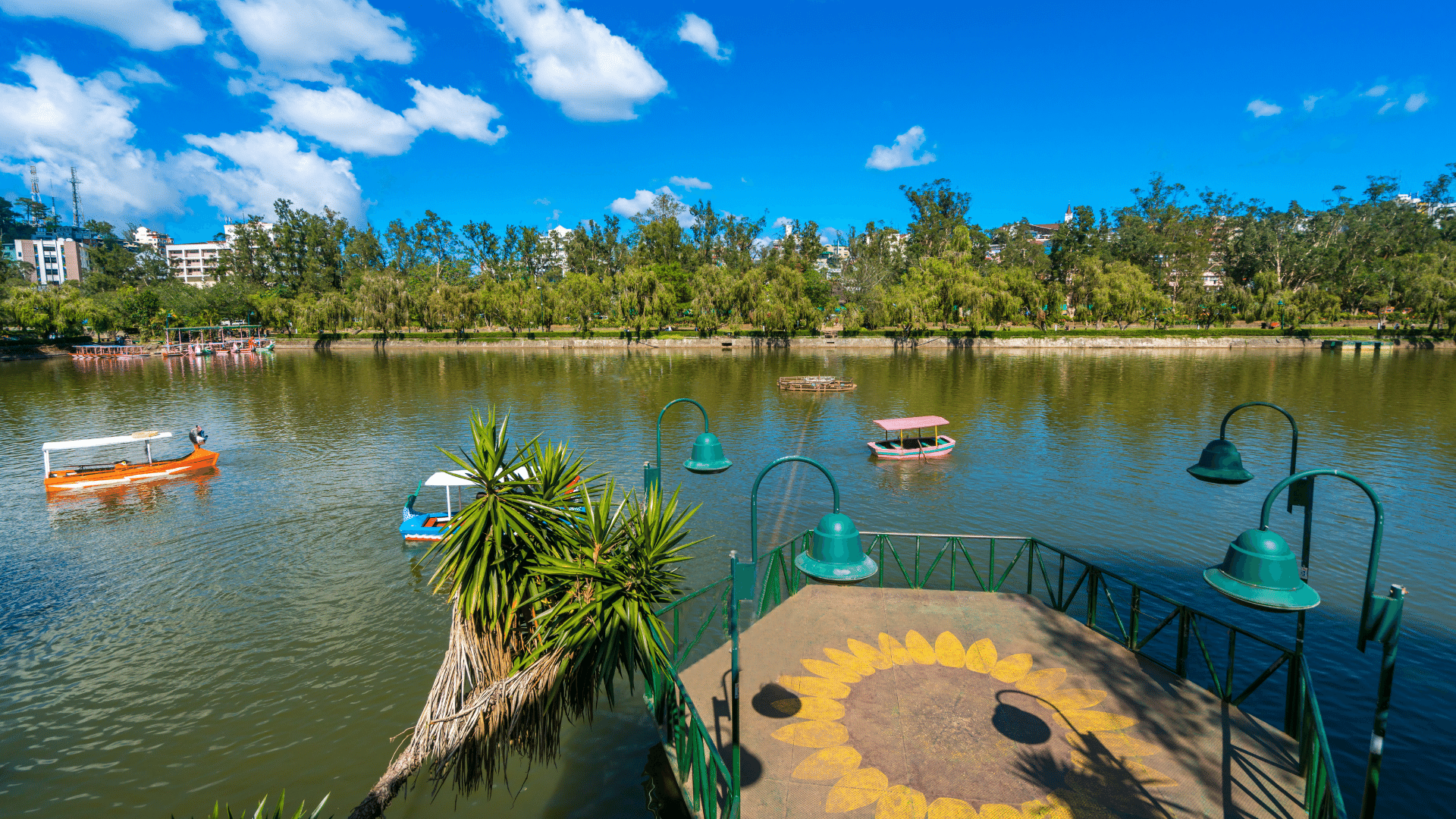 It is located in front of The Melvin Jones Grandstand, along Harrison Road, Baguio City. A lot of activities will be enjoyed by you whether spending time boating in the man-made lake, ride some bikes around the park, have skateboarding and kiddie-rides at the skating ring, eat strawberry taho and other local delicacies or have a picnic under the pine trees, you’ll definitely enjoy your time with your family and friends. burnham park is one of the famous baguio tourist spot with its popular swan boats and if you just want to have a walk in the park. 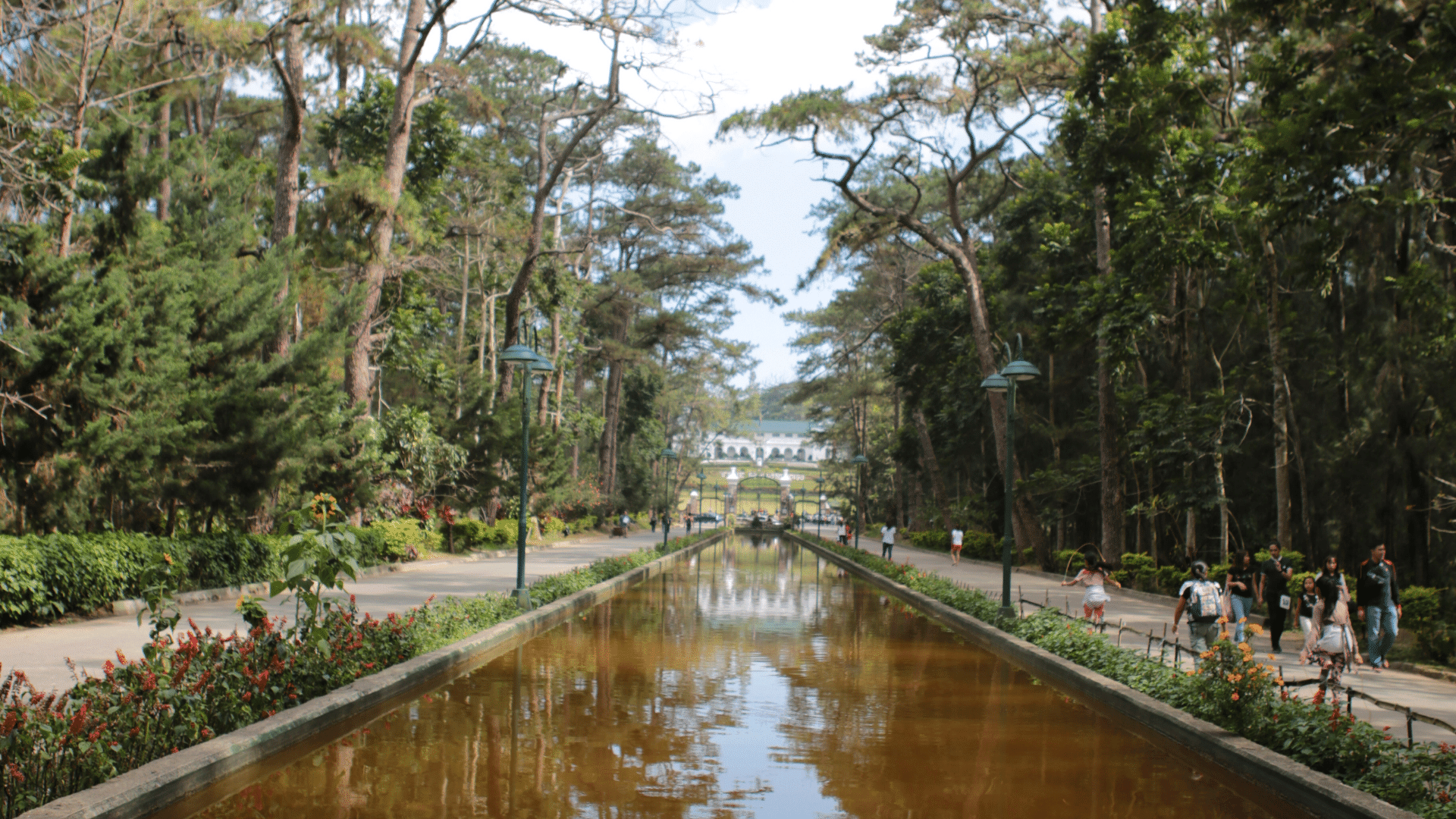 In 1908, an official summer residence of the U.S. Governors-General during the American occupation was built. It is known as “The Mansion”. This grand palace is inspired by the Spanish Colonial Revival design and is located at the eastern side of the city, in Infront of the Wright Park. The inside is open for visitors only but the front gate with its stunning building is always amazing for tourists and by-passers. It is the famous tourist attraction where first time visitors in baguio love to take picture at due to its famous history.

The Master of contemporary Philippine Art namely Benedicto Reyes Cabrera, also known as BenCab, is a National Artist who features Philippines Culture in his arts. He is a painter and printmaker who exhibits his art widely in the Philippines, Asia, Europe, and United States. He established a museum In Baguio City, where he calls home since the mid-'80s. He named it the “BenCab museum where his famous and well-known art and sculptures are a place for the public to view and appreciate. It was built and opened to the public in 2009. A place where it showcases the culture of not just the Cordillera but also the Philippines. 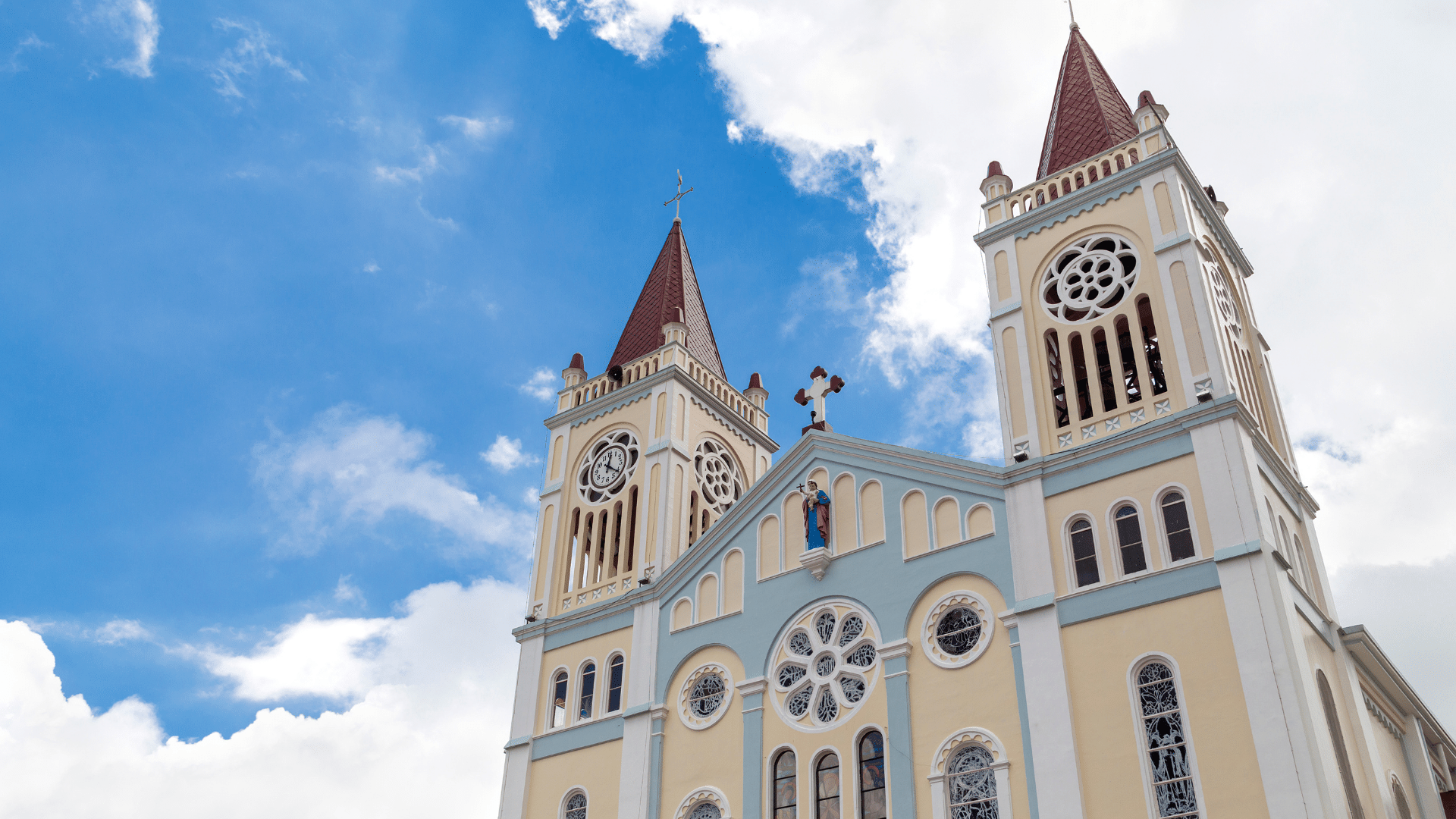 Baguio Cathedral is on of the historical sites in Baguio City. It served as a home to the Filipinos during World War II, formally known as the “Kampo”. It is the biggest catholic church in the city with its Neo-gothic style with stained-glass windows. It is sited at the top of the hill with the view of session road and the whole of Baguio City. It has been renovated, developed, and preserved but the history of it will always give hope to the people and their faith. 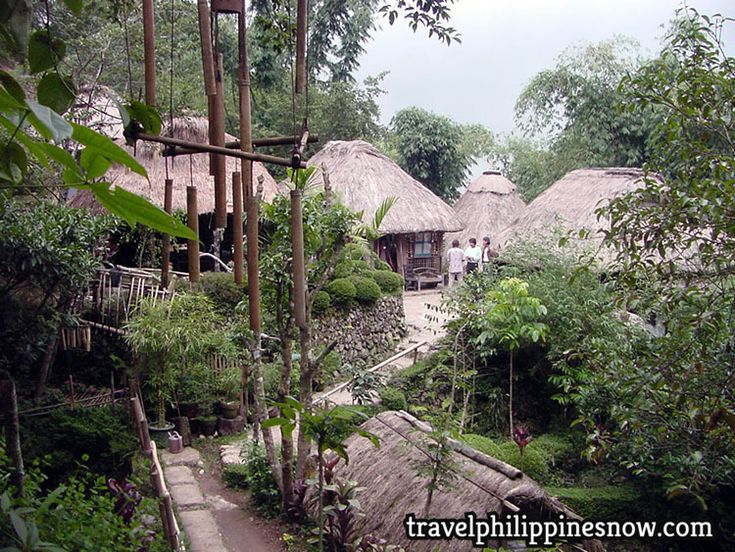 Another in Baguio City which showcases the indigenous art forms is the Tam-awan Village. It was built in 1998 by Chanum Foundation to exhibit the other parts of the Cordillera region and its culture. The design of the huts and villas are inspired from the Ifugao houses and other highland homes and the wood carving and paintings present the people and their living. A place to visit when learning the culture of Cordillera. 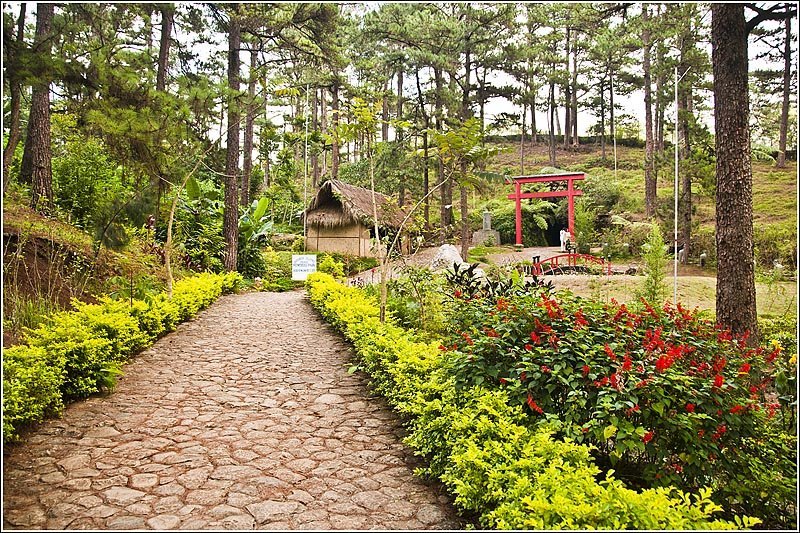 If you enjoy the scenery of nature then you should visit the Baguio Botanical Garden. The park has a variety of propagating flowers which will be re-planted in the different parts of the city and giant sculptures inspired by the culture and its people. The statue represents the of the Cordilleran’s, Americans, Chinese, and Japanese in building Baguio City and the garden welcomes you with a bronze masterpiece by Ben Hur Villanueva, a renowned Filipino sculptor. It also has relics from the Igorot Village, such as giant statues depicting different Cordillera tribes. A place to relax, picnic, and unwind when the busy city crowds you. The “Pool of Pines”, commonly know as The Wright Park is on the spots in Baguio City which gives you experience walk through the nature and under the pine trees, explore the stairway to The Mansion and relax with the peaceful surroundings and under the pine trees while experiencing the famous horseback riding with the fun-colored horses. Take good photos and explore the place to relax peacefully and appreciate the nature of Baguio City. 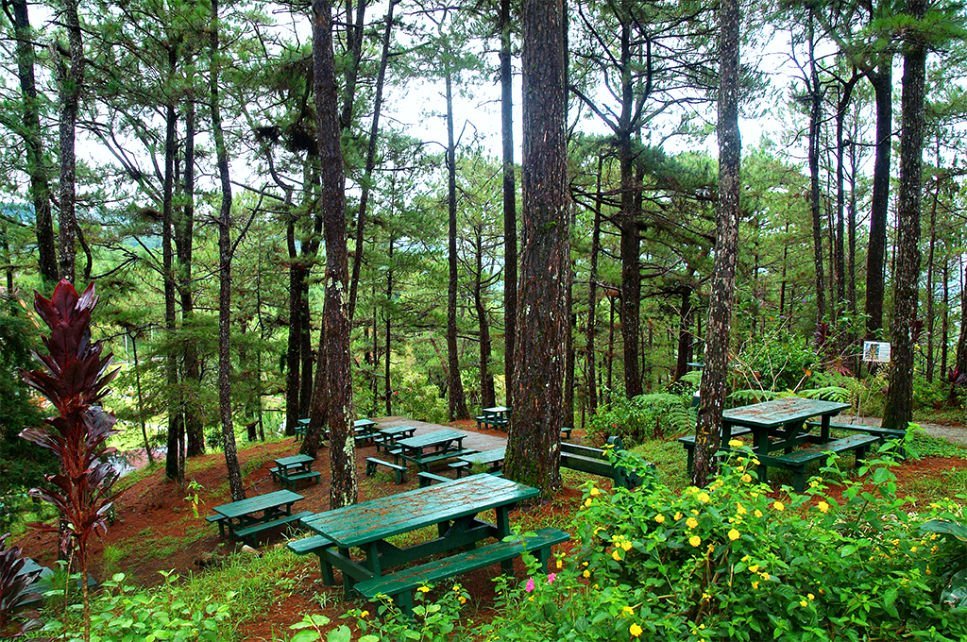 During the Philippine-American war, Camp John Hay was established by The United States 48th Infantry Unit under Captain Robert Rudd, which is formerly known as the Hill Station. It was owned by Ibaloi leader Mateo Cariño and was designated as "Camp John Hay", a military reservation for American soldiers in 1903.

In World War II, the Japanese warplanes dropped 72 bombs over the main gate of the camp and served as an internment camp of the Imperial Japanese forces as well as the headquarters of General Tomoyuki Yamashita during the Japanese occupation period. It was then converted into John Hay Air Base in 1955 and remained under the control of the Americans until it was officially turned over by the Philippine government in 1991. Since then, it was open to the public as one of the picnic gardens and historical sites in Baguio City. A famous spot to experience the scenery and preserved history is Camp John Hay in Baguio City.

The region has a lot to offer and visiting the city has more to discover. Make this rich in culture place close to your home. We at Vista Residences bring you closer to places that the Filipino people worked on, preserved, and valued for years. We value this history as much as we value your future. Build your home with us and let us continue the legacy of our ancestors together. 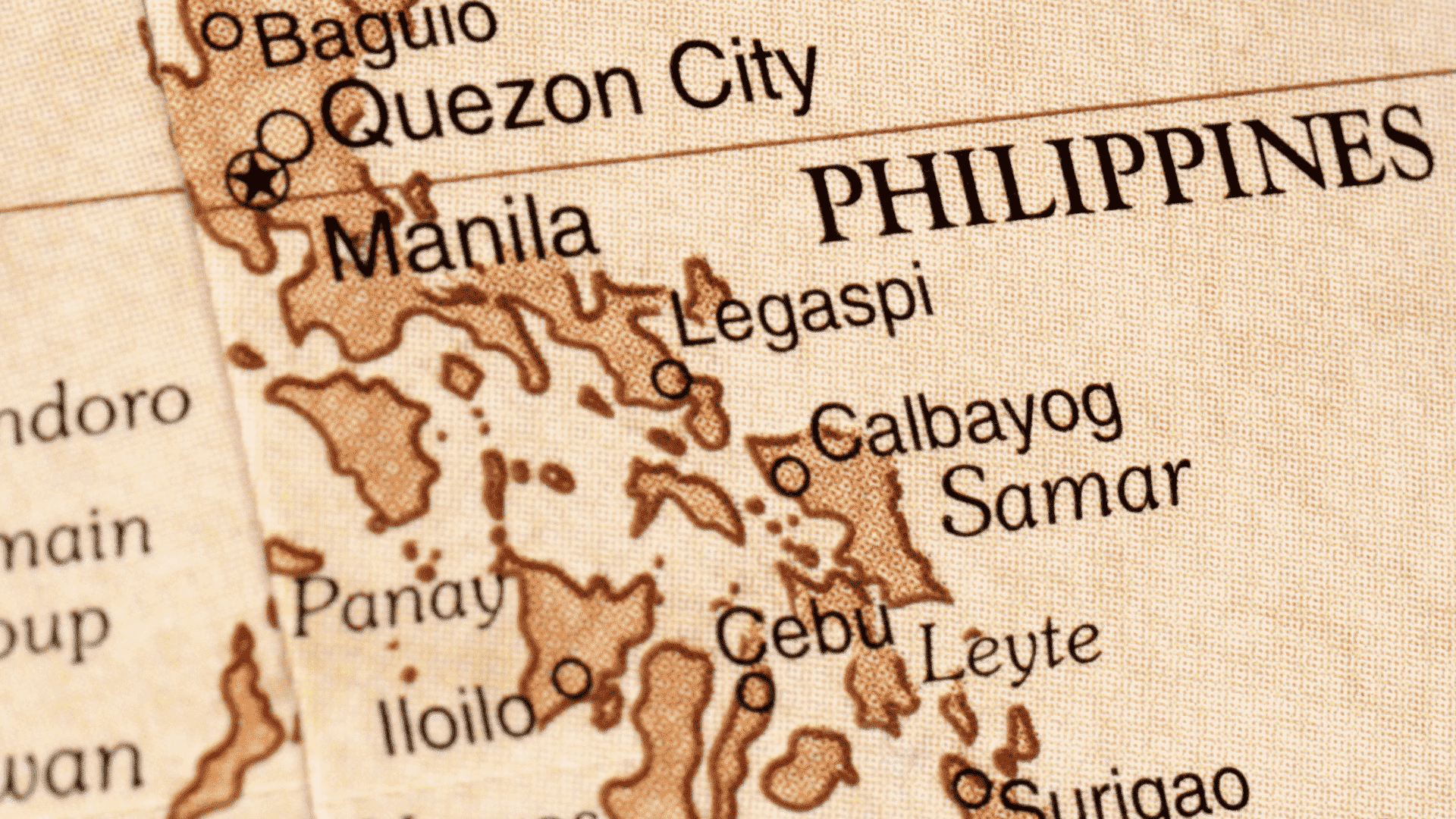 Top 5 Safest Cities to Live in the Philippines Top 7 Filipino Food Handaan Recipes To Do Inside Your Condo 10 Ideas to Make Your Bachelor Pad or Condo Stylish Coffee Time Near Your Condo in Cagayan de Oro