In today’s fast changing world, trends and technologies have an impact on different designs and patterns. Which is later on applied to clothing, furniture and even on the overall interior of a room or condo design. These include modern, Mediterranean and other designs. One of the well-known and unique designs that is becoming famous is called the Scandinavian Design. TheScandinavian design is a movement characterized by simplicity, minimalism and functionality. But before diving into the specifics, let’s first look into how the word Scandinavian came about.

Scandinavia is composed of Northern European countries particularly Denmark, Norway, and Sweden. This is because Norway and Sweden occupy the Scandinavian Peninsula, and Denmark is just located to the south of Sweden. These are also the countries that have harsh climates specifically during the winter which influenced the Scandinavians to value utility and simplicity above design. The Scandinavian style started to become recognized in the year 1950’s. The first steps included having the Lunning Prize which was named after Frederik Lunning who was a New York based importer of the designs. It was then awarded in 1951 until 1970 and was known as the Nobel Prize of Scandinavian design. Which then resulted in gaining the attention of Elizabeth Gordon, an editor of House Beautiful. She described the designs as democratic, natural, minimal, and intimate. As it was focused on the home and family, not the state making it an alternative to Nazi-era design that was quite prevalent at that time.

She then arranged "Design in Scandinavia," a traveling exhibition of the best designs the collective nations had to offer. It was a three-year project that visited cities in the United States and Canada. The project emphasized simple designs inspired by nature and the climate of the Scandinavian region. And this was when people started to appreciate it’s beauty and even described it as ‘beauty in the everyday’. Making it internationally recognized, particularly in the United States. In addition the renewed focus on sustainability during the 1990s and early 2000s breathed new life into the success of this design.

Scandinavian design was described as a combination of beauty, simplicity, and functionality. The furniture arrangements are uncluttered and simple, giving the entire space a cozy and relaxing feeling. It is marked by a focus on clean, simple lines, minimalism, and functionality without sacrificing beauty. The idea is that the lack of clutter makes it so aesthetically pleasing as there are no unneeded items present.

For instance, the elements present are bright and airy. As Scandinavians value nature and spending time outdoors, it is reflected well in this style. In line with this are wooden floors and light wooden tones that serve as ways to bring on the outdoors along with live plants that serve as air boosters. In addition, the wall-to-wall carpeting and hard-wood natural or white floors help the overall space seem brighter. Besides their value of nature, the weather in these countries are also given importance. Which is why warm, and inviting textures such as blankets and fur accents are usually present. The soft textiles, such as sheepskin, wool, and mohair, are a necessity in cold climates and at the same time it adds visual interest. Although critics sometimes view minimalism as dark and cold, the warm feel present from the textiles and the few decorations make up for it. Lastly, as Scandinavian design aims to improve everyday life. The furniture is made functional, doubling as storage, and window treatments are nonexistent, or sheer at most, in order to maximize the light that comes in.

Now for the colors involved in the Scandinavian design which are also part of the factors to be aware about. The foundations are neutral colors, particularly bright whites with pops of black and tan. Considering that natural light can be rare in Nordic homes which are the inspirations for these designs, shades like blush and gray-blue are also some of the most frequently used colors. In terms of warm tan tones it became popular and is commonly used because of the style’s reliance on natural wood pieces, and other nature-inspired colors like sage green. In the same way color accents still belong in the earthy tones such as dark blues, greens, grays, and browns. These nature-inspired shades can aid in creating a cocoon-like space which is the state of mind Scandinavian design is aiming for.

In the end, it all boils down to the idea of being able to show balance.  As mentioned in Sweden which is the inspiration of these designs lagom meaning not too little or not too much. The balance between cozy and minimalistic, brings an appealing feel for someone who is tired from work. The mixing of old and new offers warmth, and the uncluttered and bright interior evokes the calmness in one’s home that everyone deserves to have. Now the important  question is how can one achieve this Scandinivian design aesthetic?

This is where Vista Residences comes in as it collaborates with AllHome to reimagine condo living spaces. There are many condominium must-have furniture pieces from AllHome that would surely boost one’s creativity and make them want to work all day in their own space. From chunky knit blankets, faux fur accents to wooden floors, sculptural decors, organic shapes and even plants. The goal to achieve the Scandinavian interior is made trouble free.

Meanwhile, its ready for occupancy projects in Quezon City include Wil Tower, the Symphony Towers, Pine Crest, and Vista 309 Katipunan. It also has pre selling condo projects in the said city such as Hawthorne Heights and Vista Pointe.

Vista Residences offers a condo property situated in major locations in Metro Manila – Makati City, Ortigas and Mandaluyong City. If you are looking for a condominium where you can easily move in or a property that you can invest in, Vista Residences has ready for occupancy condo units and pre selling condo projects. Salcedo Square in Salcedo Village Makati, Laureano Di Trevi in Chino Rocess Makati, The Currency and The Spectrum in Ortigas Central Business District Pasig City and Vista Shaw in Shaw boulevard, Mandaluyong City.

To continue its mission in providing condominium homes for Filipinos and investors, Vista Residences is now offering a premium condo living in the other areas away from Metro Manila. You can experience a warm and relax condo vibe in its condo in Baguio – Pinehill, Canyon Hill, and Brenthill. Now in the south, Vista Residences has Suarez Residences, a pre selling condo in Cebu; and The Loop, a ready for occupancy condo in Cagayan De Oro.

Vista Residences is part of Vista Land’s roster of condominium brands that cater to millennials and young professionals. The other vertical brands include Camella Manors, COHO, and Crown Asia. 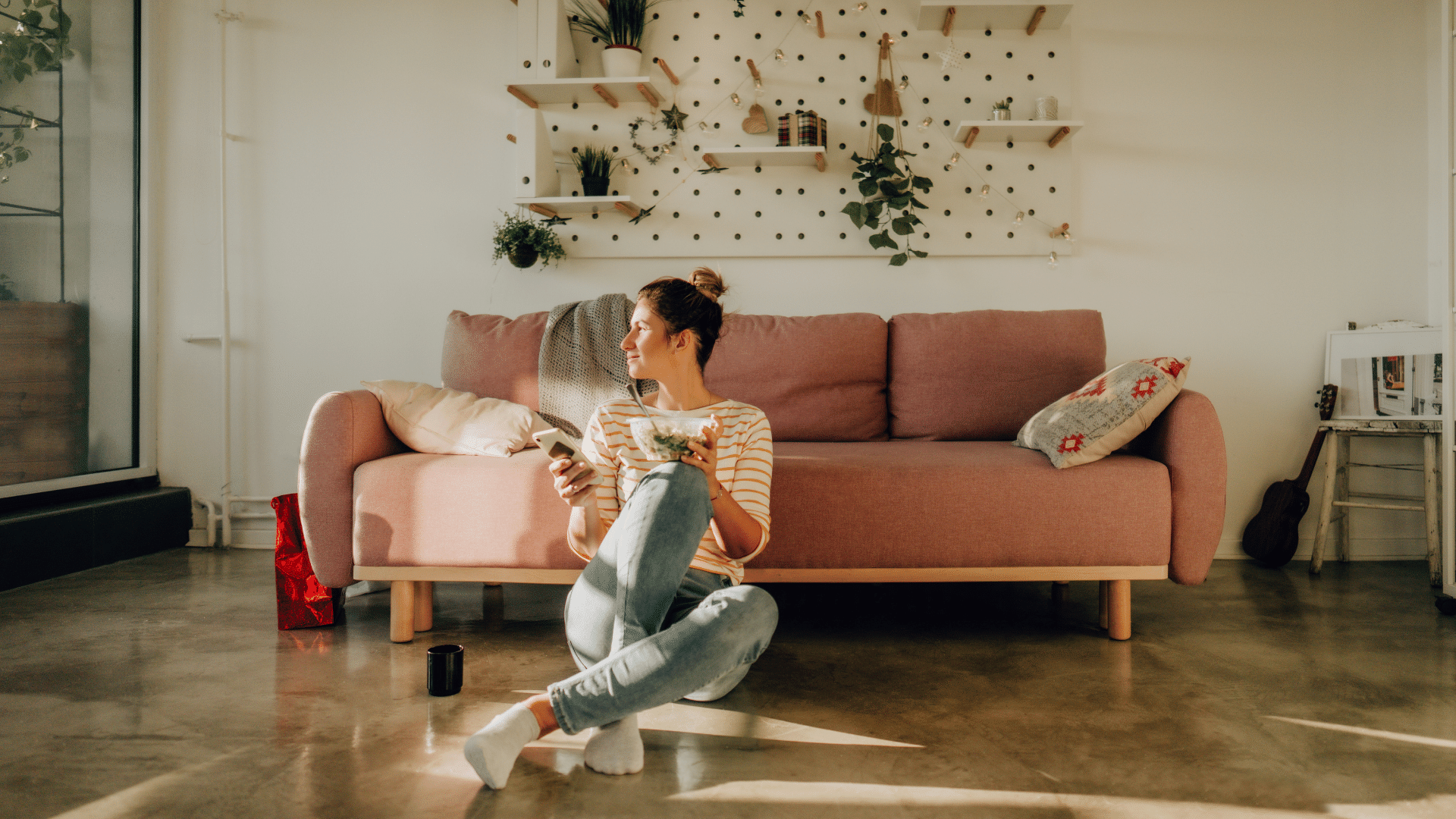 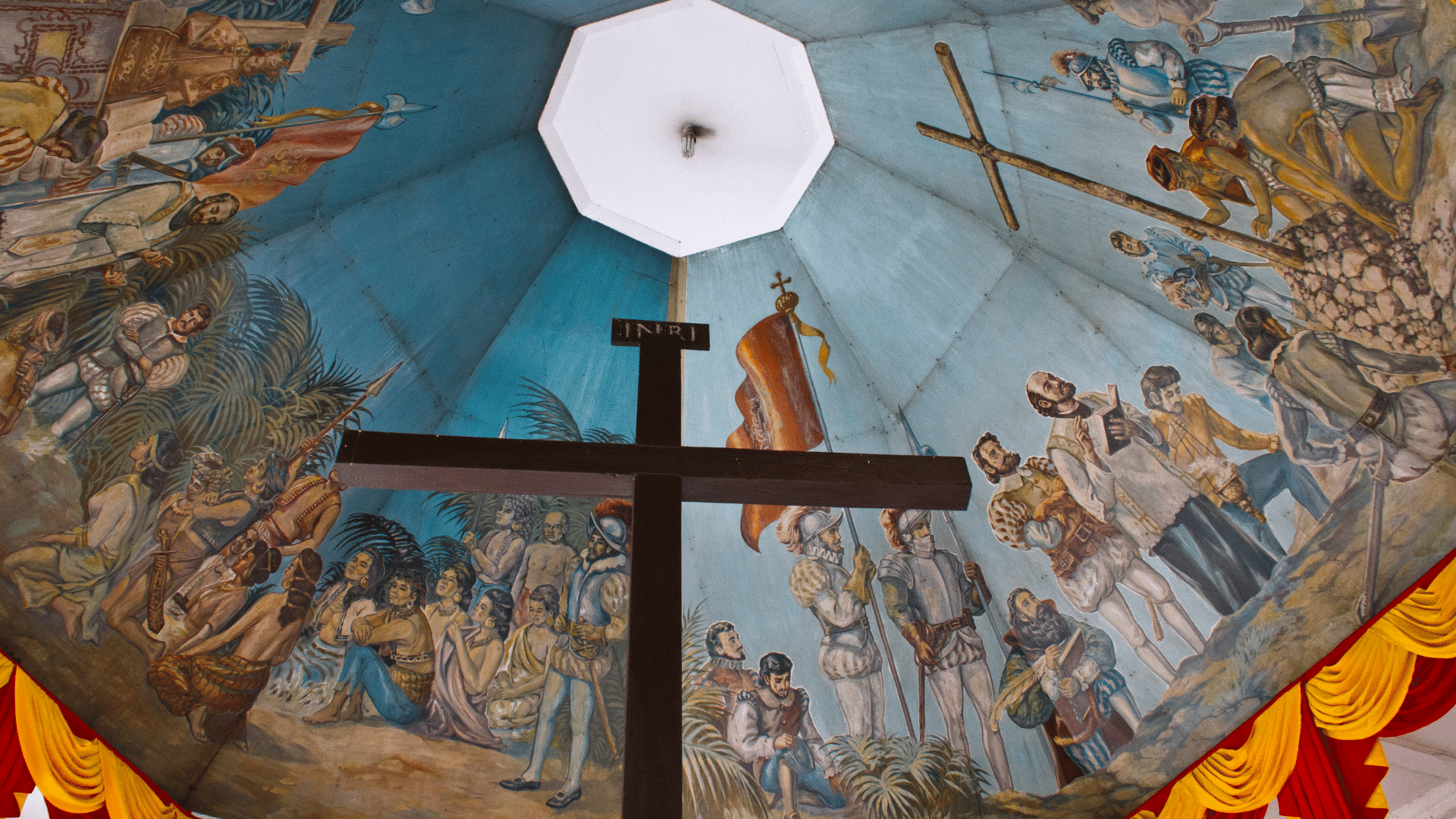 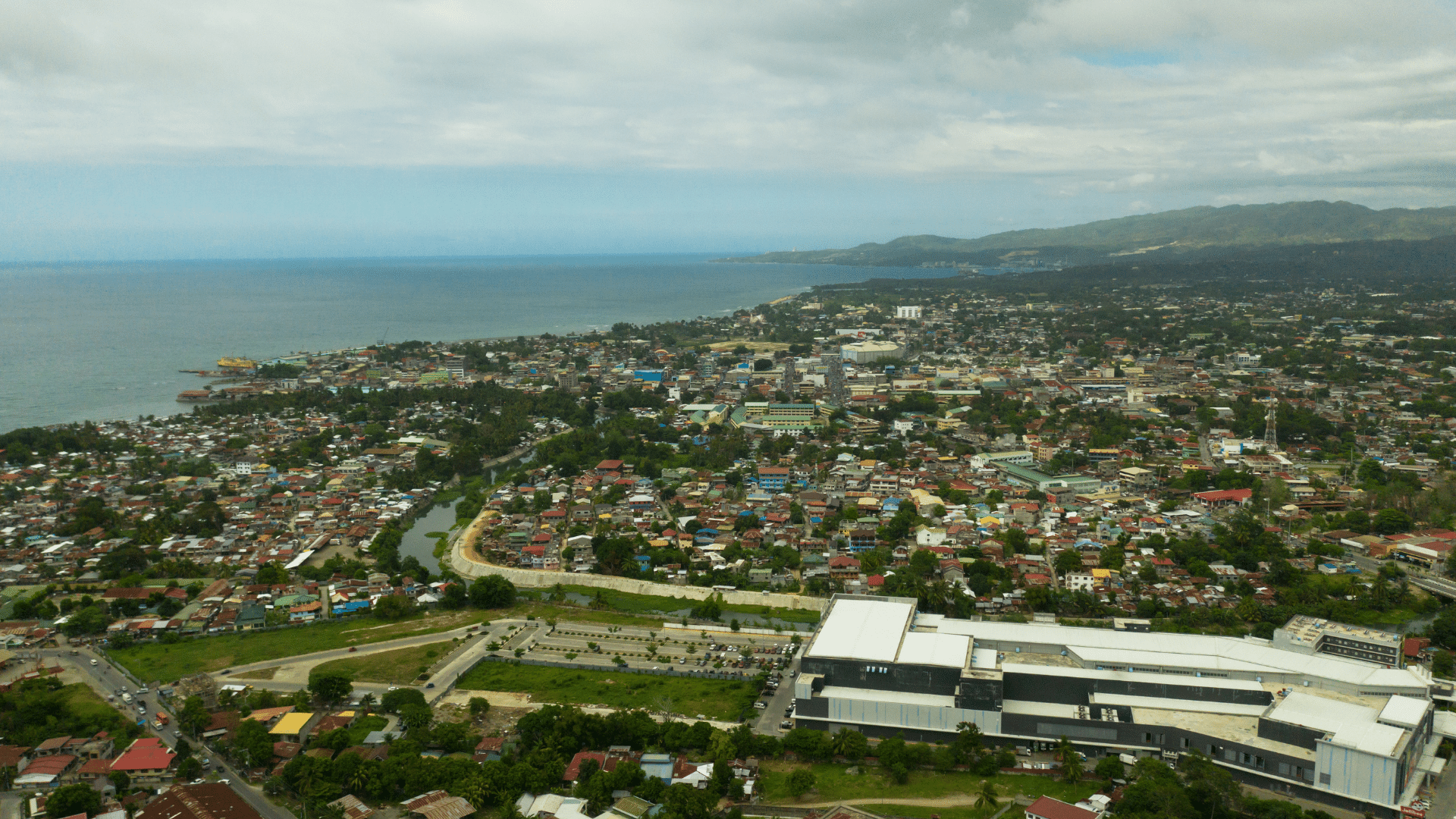 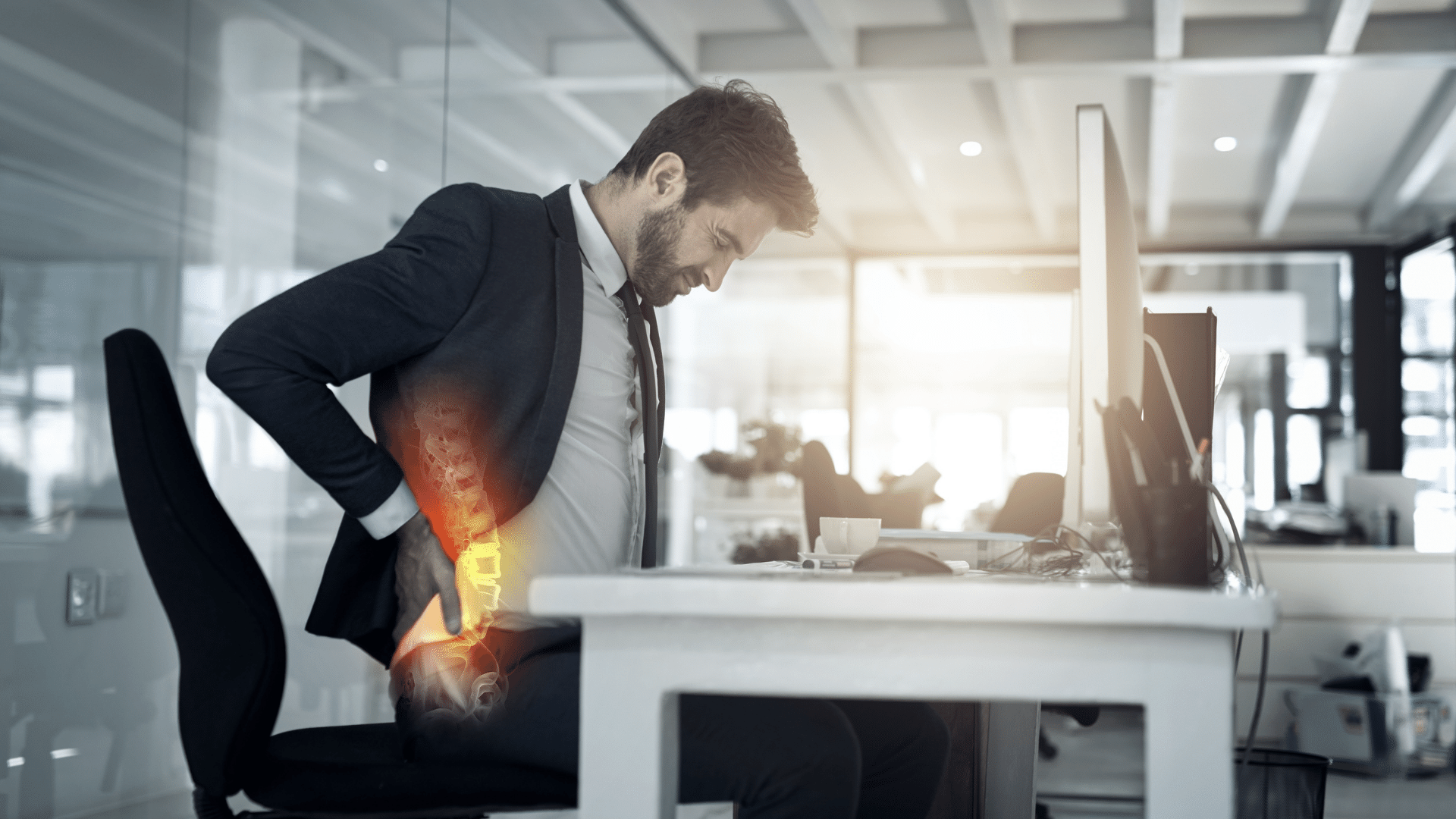